(2) Hue University of Medicine and Pharmacy

The number of patients with type 2 diabetes has been rapidly increasing in both developed and developing countries and its complications account for the majority of the global burden. Today, many studies focus on the early identification and intervention of diabetes, especially at the stage of pre-diabetes. Insulin resistance has an important role in the pathogenesis of type 2 diabetes and especially in prediabetes. Leptin is mainly secreted by adipose tissue and plays an important role in regulating energy homeostasis, food intake and energy expenditure. Both leptin deficiency and leptin resistance can affect glucose metabolism and increase the risk of diabetes. Recent studies showed that leptin level was increased in diabetic patients; therefore leptin could be used to predict future diabetes[11],[15]. However, not all studies reported the increased leptin levels in type 2 diabetes. Some studies on Asian populations pointed out leptin levels tends to be low in diabetes[1],[2]. However, in most studies, the concentration of serum leptin was strongly and positively correlated with insulin resistance regardless of BMI and total body fat mass.

Currently in Vietnam there are few studies that focus on the relationship between leptin and insulin resistance. Thus we wish to perform this study, hoping to strengthen our understanding.

Objectives of this study is to evaluate the association between leptin and insulin, insulin resistance in prediabetes population.

Insulin resistance was defined as the highest quartile of HOMA – IR in control group (≥1.8 in this study). Serum leptin was measured by ELISA method.

275 pre-diabetic patients participated in this study. The median concentration of leptin and insulin in the study group was 4,58 (2,35-9,00) ng/mL and 8,43 (5,43-12,06)µU/mL respectively. The prevalence of insulin resistance was 61,5%. In multivariate analysis model, we found that insulin resistance was significant associated with age, systolic blood pressure, waist circumference, cholesterol and  serum leptin. 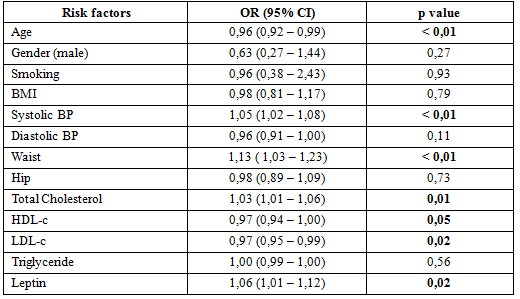 Table 3.  Insulin level and insulin resistance according to leptin quartiles

At the level of 4,45 ng/mL, leptin can predict insulin resistance in prediabetic patients with the area under ROC curve was 65% (62% sensitivity and 65% specificity). 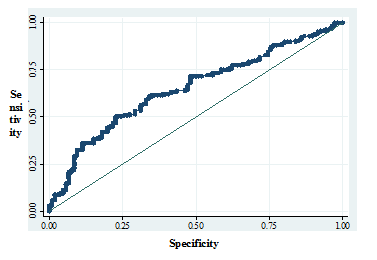 Figure 1. ROC curve for the association between leptin and insulin resistance

In this study, we found that leptin concentration has a positive correlation with insulin resistance independent of age, gender, BMI, waist circumference and lipid profile in prediabetic patients. Insulin level, HOMA-IR and insulin resistance increased with increasing leptin quartiles and QUICKI decreased with increasing leptin quartiles. Evidently the results were similar to previous studies.

In 2005, a direct correlation between serum leptin and insulin (r=0.598 and p=0.05) in type 2 diabetes was found in a study by Mohiti[8]. In the same year, another experiment performed on a population of Japanese immigrants showed that leptin was significantly correlated to BMI, fat mass, waist circumference, HOMA-IR and serum insulin. The correlation between leptin and HOMA-IR or fasting insulinemia was maintained after adjustments for body adiposity[3]. A study of 387 participants from 18-65 years old performed by Alireza Esteghamati also demonstrated that high leptin level was associated with insulin resistance and metabolic syndrome independent of BMI[6]. Similar results were found in Taniguchi’s study, in which the author concluded that insulin resistance was independently predicted by serum leptin in non-obese Japanese type 2 diabetic patients[12].

Most of previous studies showed that leptin was directly related to insulin sensitivity, and this relationship was independent of total body fat mass. High leptin level was associated with insulin resistance regardless of BMI. In addition, Segal et al found that basal plasma leptin concentrations were significantly lower in lean insulin-sensitive men compared to that in lean insulin-resistant men (1.90±0.4 vs 4.35±1.21ng/ml, p<0.05) despite identical body composition[10]. Serum leptin concentration contributed to insulin resistance in postmenopausal women and also in men as the result of Radka’s study in 2005[7]. Thiyagarajan et al had the same conclusion. He found that leptin levels had significant positive correlations with plasma insulin (r=0.35, p<0.01) and HOMA-IR levels (r=0.31,p<0.05).  The  correlation between leptin and HOMA-IR levels was more pronounced and significant among the obese T2DM subjects (r=0.82, p=0.01). Hyperleptinemia  reflecting  leptin  resistance plays an important role in the development of IR in obese T2DM patients, making leptin a possible biomarker for the same[13].