Background: Currently,the blood glucose control in women with gestational diabetes (GDM) in Vietnam has been still based on the criteria applied for non-pregnant diabetic patients, while these GDM patients require more specific criteria in order to get a better care of the women and the good delivery outcome. Objective: To determine serum fructosamine target as a supporting test for the treatment and follow-up of GDM. Methodology: A prospective study was done in 451women with GDM at Cho Ray Hospital from  August 2016 to March 2019.At least 2 of 3 tests (Go, G2 and HbA1c) and serum fructosamine were determined every 2-3 week-up until delivery. Result: The target fructosamine reference value at Cho Ray Hospital was 188.5±42.3µmol/L. Conclusion: The specific target of serum fructosamine  in GDM treatment at Cho Ray hospital should be £188.5 ± 42.3mmol/L.

Gestational diabetes is a condition of carbohydrate intolerance during pregnancy, which is a specific disease in the diabetes classification of the World Health Organization and the American Diabetes Association (ADA). [6]. There was 18% of GDM directly affected fetal outcome. Common perinatal complications in children include respiratory failure, jaundice, lower blood glucose, trauma, infection, highweight…[2]. However, studies showed that if the pregnancy is detected and positive follow-up of the treatment, the complications due to diabetes can be significantly reduced. A study of Parkland Hospital in Dallas, Texas, USA showed that only 13.9% of children with respiratory failure in the diabetic mothers had treatment compared with 27.9% in the untreated group [5]. Therefore, GDM requires more complete and continuous attention and treatment monitoring.

The study data was extracted from a prospective cohort study. We followed and treated 451 diabetic patients at the Department of Endocrinology of Cho Ray hospital from August 8, 2016 to March 2019.

The study selected all pregnant women was diagnosed with gestational diabetes according to ICD-10 (O24, O24.4, O24.9). They were performed a set of 4 tests including fructosamine, G0 (fasting blood glucose) , G2 (two-hour postprandial blood glucose) and HbA1c at Cho Ray hospital.Tests (G0, G2, HbA1c) must had at least one or two of the three achieve target. Besides, 28 patients received a personal blood glucose meter to monitor G0 and G2 normally regularly at home.

Fructosamine concentration were determined based on serum samples of pregnant women by enzyme reaction test, performin every 2-3 weeks (14-20 days) and using the standard test tool kit of SIEMENS ADVIA® ChemistryFructosamine Reagent (FRUC) with normal reference range from 200 to 285 µmol / L. Data were collected at each examination, inputed by MS Excel 2010 and analyzed by Rstudio 3.5.1. The study was approved by the Hospital Ethics Committee that they allowed to perform test in the Endocrinology Clinic of Cho Ray Hospital. The study did notarise to any intervention on the research methods.

On average, fasting blood glucose and two-hour postprandial blood glucose in the hospital was lower and fluctuated in a narrower range than the results at home.

2. Correlation between fructosamine and tests 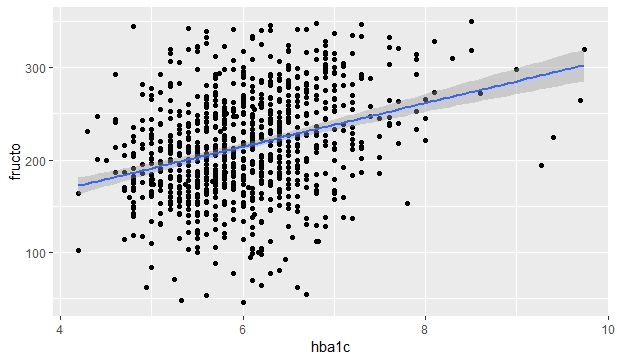 Figure 1.  The Spearman correlation between fructosamine and G0, G2, HbA1c and protein in hospital Figure 2. The Spearman correlation between fructosamine and G0, G2 at home Figure 3. The Spearman correlation between fructosamine and average of G0 and G2 at home

There was no statistical difference between blood glucose indices between pregnant women with and without home blood glucose meters.. Therefore, using the G0, G2 and HbA1c test has reached the goal  at the hospital as a basis for determining the target fructosamine range, regardless of whether the pregnant women have the machine or not was reasonable 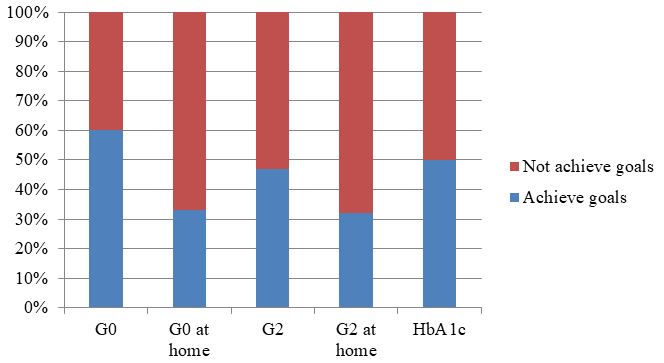 The study had some limitations such as the data collection was only for women who are diagnosed with GDM and who are examined and treated at Cho Ray hospital. Tests were not alway fully implemented, so it was not exclude the possibility of missing out on subjects with good blood glucose control but without adequate testing, so they did not contribute to the fructosamine reference value.